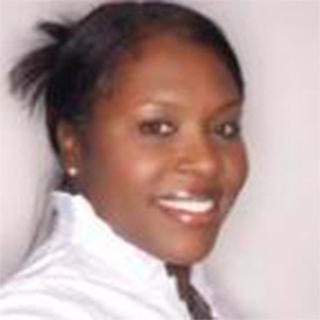 Stacy Merida is a Professorial Lecturer at American University in the Kogod School of Business where she teaches in the Business and Entertainment Program in the Management Department. She was formerly an Assistant Professor of Music Business in the Recording Industry Department at Middle Tennessee State University (MTSU) for 6 years where she also served as the Faculty Advisor to Match Records, the student run record label. Prior to joining MTSU, she was the President and owner of The MERIDA Group, a marketing and business consulting firm based in Brentwood, TN. Her corporate clients included SONY Music Entertainment, BET, Integrity Music, and Warner Bros. Records. Stacy has also served as the music coordinator for BET's Sunday Best competition series, talent coordinator for The Dove Awards, script assistant for CMA Fest, and coordinating producer for TV One. She was successful in securing client performance on the 50th Annual Grammy Awards Show as well as national appearances for other clients on ABC's The View, the CBS Morning Show, CNN, and ABC News. Stacy previously served as Vice President of Marketing for SONY Music Entertainment in New York. Prior to joining SONY, Stacy served as General Manager for CeCe Winans' CW Wellspring Entertainment in Brentwood, TN for three years. Prior to Wellspring, Stacy traveled between Nashville and New York for five years as the Director of CBA Marketing and Sales for Benson Label Group, a division of Zomba Music Group/Jive Records. Stacy is very active with various professional, civic, and charitable organizations. She is a member of the National Association of Recording Arts and Sciences (NARAS), National Association of Black Female Executives in Entertainment (NABFEME), the Society for Ethnomusicology, the Country Music Hall of Fame and Museum, Women In Film & Television Nashville (WIFT-TN), the Music and Entertainment Industry Educators Association (MEIEA), Women in Higher Education (WHET-TN), and the Gospel Music Association (GMA). She currently serves on the board of directors of MEIEA, and formerly the Quaver Foundation for Advancing Music Education and board member and treasurer of Women in Film and Television Nashville. Research Focus: "Managing and Marketing Organizations in the Creative Economy." Creative Economies account for a tremendous share of the global economy and business and management skills are a vital part of the future of these sectors. Creative industries have been defined as those activities which have their origin in individual creativity, skill and talent and which have a potential for wealth and job creation through the generation and exploitation of intellectual property. This is achieved through cultural activities such as making pictures, designing objects, telling stories, and staging events. With the addition of technology and management, you create film, broadcasting, the music industry, computer games, fashion, and etc. Cultural tastes and habits change quickly, which impacts the way creative managers run their businesses and make decisions. Research is conducted on the cities' Business Cluster. Business Clusters are defined as geographic concentrations of interconnected companies, specialized suppliers service providers, firms in related industries, and associated institutions (for example, universities, standards agencies, and trade associations) in particular fields that compete but also co-operate (Porter, 1991). Example cities include Nashville, Austin, Miami, Los Angeles, Atlanta, Washington, D.C, Chicago, New York, and Taipai, Taiwan.