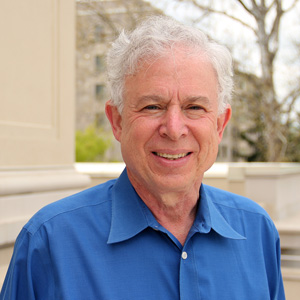 Program Director for the Business and Entertainment Program

John Simson has been in the music industry since his signing in 1971 as a recording artist and songwriter. Simson's career has included stints as a manager, handling the career of 5X Grammy winner, Mary-Chapin Carpenter, special advisor to Harry Belafonte for music and television projects, and a 30 year career as an entertainment lawyer advising clients on copyright and business issues in film, television, music and the visual arts. He most recently served as the Executive Director of SoundExchange from 2001-2010, an organization he helped launch in 2001. SoundExchange collects royalties from internet and satellite radio services on behalf of recording artists and record labels. The organization is now responsible for distributions greater than Two Billion Dollars since inception. Simson received an Emmy nomination for his music supervision of the PBS series, "American Roots Music" and was named the Outstanding Volunteer Lawyer by Washington Area Lawyers for the Arts on their 10th Anniversary celebration.

Simson was at the forefront of the battle for artist's rights and their ability to be paid for their work online and has been featured on NBC Nightly News, The New York Times, WSJ, Marketplace, CNN and many other news outlets. He is a frequent lecturer on music industry and copyright issues and currently serves as the Chairman of the Board of the National Recording Preservation Board of the Library of Congress, is Chairman of the D.C. Bar's Art, Entertainment, Media & Sports Law Committee, is a Board member of CINE, the Musicianship and the Music Manager's Forum.

He is a 1994 Alumni of Nashville's Leadership Music Program and is a past President of the Washington, D.C. Chapter of the Grammy organization. Simson previously taught Entertainment Law at Washington College of Law and Georgetown University Law Center. J.D. SUNY at Buffalo Law School, 1978 M.A. SUNY at Albany School of Criminal Justice, 1975 B.A. SUNY at Albany, 1974