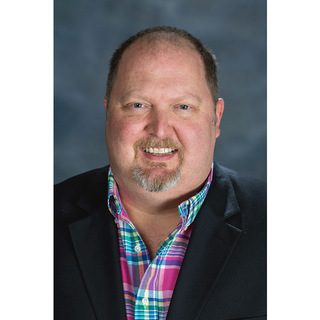 Odie Blackmon is one of Nashville's most talented and diversified creative forces. On Music Row, he is a Grammy-nominated songwriter with more than 20 million in sales and the CMA's Single of the Year to his credit, as well as a successful producer and publisher. Within the halls of two renowned universities, he is a popular teacher whose innovative approach is helping to launch a new generation of songwriters and musicians toward their own careers.

He is himself a student of musical history whose "The Life and Times of George Jones" course at Middle Tennessee State University incorporates his own archival and interview research, as well as an author whose textbook "Music Theory and the Nashville Number System: For Songwriters & Performers" is available in paperback and whose instructional DVD "The Craft of Writing Hit Songs" is carrying songwriting knowledge to an international audience via amazon.com.

Blackmon, whose success has been lauded in publications ranging from CMT.com to The New York Times, has been cited by American Songwriter as "not only a great song craftsman and hit writer, but also an accurate, understandable communicator of the songwriting process and its flow."

At the core of everything he does is the songwriting that has intrigued him since he was a boy in Arkansas, studying idols including country's Merle Haggard and Kris Kristofferson, rock's Beatles, Rolling Stones and Chuck Berry, and blues greats Willie Dixon and Muddy Waters. Drawn to Los Angeles by his admiration for the West Coast country of Haggard, Buck Owens, Dwight Yoakam and Gram Parsons, he later followed a friend's recommendation that he move to Nashville, where he enrolled at MTSU. Songwriting success wasn't long in coming, arriving as he was still earning his degree in Mass Communication with a focus on Recording Industry Management. "I had my first cut on MCA Records when I was still in school," he says, "and I was negotiating my first publishing deal while I was in summer school having to take algebra again!"

He would go on to become one of Nashville's most successful tunesmiths, with a catalog that includes Lee Ann Womack's "I May Hate Myself in the Morning," which earned a Grammy nomination and was named the CMA's 2005 Single of the Year; "She'll Leave You With a Smile," Hall of Famer George Strait's 50th #1 hit; the chart-topping Gary Allan smash "Nothing On But the Radio"; and cuts by Martina McBride, John Legend, Del McCoury, Tracy Lawrence, Aaron Tippin, Striking Matches and many others. His "Tough All Over" was featured on ABC-TV's "Nashville," and "I Believe" in the Mel Gibson film "We Were Soldiers," and he wrote the theme song for the CMT series "Working Class."

He has production credits on Gary Allan's Alright Guy album, Jim Lauderdale's Country Super Hits and Jason McCoy's Honky Tonk Sonatas, as well as singles for TV's "Nashville Star." His copyrights as a music publisher appear on gold and platinum albums and include a #1 hit, and he co-publishes writer/artist Jeff Allen with Sony Music Publishing.

His role as an educator stems from a desire to share hard-learned knowledge and experience with others, something Blackmon sees as part and parcel of his life's work. "Songwriting, music, and the music business are my passions," he says. "I have dedicated my life to unraveling the mystery behind mixing creativity with commerce and I still get that magic feeling when I hear music that moves me. Teaching is just an extension of it, one that brings me more joy than if I didn't share my knowledge."

He has worked with inner city schoolchildren, serving as "artist in residence" for the America Scores program in St. Louis, Mo. He also served three years on the songwriting faculty of Vanderbilt Kennedy Center's Williams Syndrome Camp, and has served as a mentor for ASCAP Nashville's Young Writers Workshop and for workshops and seminars around the country.

In 2010, he became a Lecturer in Music at Vanderbilt University's Blair School of Music, providing students with an in-depth and practical introduction to the art of songwriting. The success of that course over the next several years led to his book.

In 2014, he became Assistant Professor and Coordinator of the Commercial Songwriting Concentration for the Recording Industry Program at MTSU, and was named the program's "Faculty Member of the Month" during his first semester. He created and teaches a three-course curriculum, including regular and advanced commercial songwriting, and the course on George Jones. He has also brought in some of Nashville's finest to teach classes on production, jingle writing, guitar and piano for songwriters and other topics. His MTSU Songwriters Series has led to the opportunity for students to open for hit artists like Eric Paslay, while raising money for the songwriting program, and he has provided students with the opportunity to write with other top Nashville writers, and has instituted a number of songwriting internships. "I hope," says Blackmon, "to give students the songwriting craft, musical knowledge and business skills to help them advance in the music industry at a fast pace, building a program with other teachers to achieve this."

Beverly Keel, chair of MTSU's Department of Recording Industry, says, "Odie Blackmon has ushered in an exciting new chapter of our songwriting concentration and I am thrilled with everything that is happening. We are adding classes, bringing new faculty members to campus and inviting talented songwriters from many genres to speak to our students."

Blackmon is an alumnus of Leadership Music, a member of the board of directors of the Center for Popular Music, a voting member of the National Academy of Recording Arts and Sciences, a professional member of Nashville Songwriters Association International, and a pro member of ASCAP. When he's not writing songs, teaching, or producing, he enjoys spending time with his wife Betsy and daughter Josie.

"I've been very blessed in my career," he says. "I'm able to make a living doing what I love and working with people I admire. Now, I'm on a mission to help others realize similar dreams."