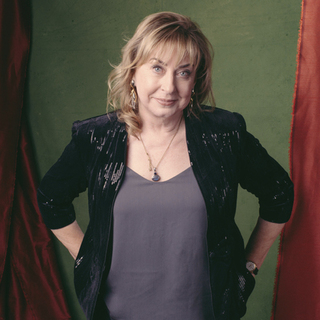 Maureen Droney has worked in the music recording industry for more than 20 years. She began her career as an assistant engineer at the legendary Automatt Studios in San Francisco, where she trained with such notable producers and engineers as Fred Catero, Jim Gaines, Leslie Ann Jones, David Kahne, and Ron Nevison. She went on to become a freelance engineer on projects for George Benson, John Hiatt, Whitney Houston, and Tower of Power, among many others, including Santana's GRAMMY-winning album Blues For Salvador. She holds a degree in broadcast communication arts from California State University, San Francisco, and has taught seminars in the theory and practice of audio engineering for facilities including ABC Television and Radio, CBS Television, and Deluxe Film Labs Post Production. Most recently, Droney was executive vice president/general manager of the Kiva Family of Studios, which includes the House of Blues Studios in Los Angeles and Memphis, and East Iris in Nashville. She is the author of Mix Masters, a book of interviews with top engineers, and a regular contributor to numerous audio and performing arts publications, as well as, for the last 10 years, the Los Angeles editor for Mix magazine. Today, Maureen is the Executive Director of the Producers and Engineers Wing of the Recording Academy engaging in education, advocacy, and the development of white paper research and best practices for audio professionals.