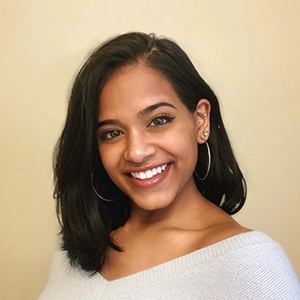 Grammy-winning producer RedOne selected Edwina as a top 5 finalist (of 9,000+ songwriters) in Guitar Center’s 2017 national songwriting contest. While a student, Edwina worked at Youth on Record in their FEMpowered program, a music community that seeks to empower and prepare younger creative fems for the primarily male dominated music industry. In addition, Edwina also serves as a board member for Music Minds Matter, a non-profit that creates space for more conversations on mental health for members of the Denver music scene. She released her first EP in November 2018 and has since collaborated with artists near and far from Denver.  In September 2019 Edwina collaborated with producer, LUURK, on a song called "Lilac Clouds", and the song ended up charting on France's Pop iTunes chart three days after its release.

Edwina has also shared her own talents in various notable spaces, some of which include The Troubadour (Los Angeles),  Colorado and Company (9NEWS), Denver Start Up Week, and Denver Art Society. She most recently participated in The Kennedy Center’s “Arts Across America” Series in November 2020. Edwina continues to seek opportunities in music and art that are creatively challenging, socially aware, and authentic to the vision she has for her future.