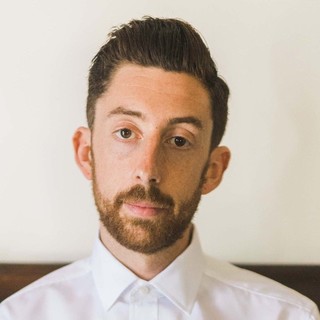 Jeff Apruzzese has over a decade of experience in the music industry and is a graduate of Berklee College of Music. Upon receiving his diploma, he became the bassist of Passion Pit (signed to Columbia Records) and was a member of the band for eight years. During his time in Passion Pit, he toured the world extensively, performed at some of the largest festivals (Lollapalooza, Coachella, Summer Sonic, Austin City Limits, Glastonbury, Made in America), and played on some of the highest profile late night shows (Saturday Night Live, David Letterman, Jimmy Kimmel). Jeff also has experience in PR and marketing and spent time working in New York City at the boutique agency Girlie Action Media with such clients as Surfer Blood, Kate Pearson (B-52’s), Holy Ghost!, Mitski, Hop Along, Palehound, and many more. Jeff returned to Berklee College of Music in 2015 to help establish the Berklee Popular Music Institute (BPMI), which provides students with experiential learning in live music and performance. Under his guidance, BPMI booked major festivals including Lollapalooza, Outside Lands, Osheaga, Essence, Governors Ball, Chicago Open Air, and Music Midtown. Career highlights for Jeff include selling out the iconic Madison Square Garden in New York on February 12, 2013 during a blizzard and having the Passion Pit record Gossamer debut at #4 on the Billboard 200 chart.