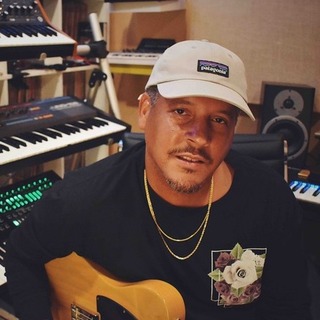 Ivan Barias is a music producer, songwriter, engineer and one half of the production/songwriting team Carvin & Ivan. He has received numerous awards and accolades for his songwriting and production and has been nominated three times for a GRAMMY in the Best R&B Song category. For his production work he has received an additional 19 GRAMMY nominations and has been recognized by ASCAP for his work as a songwriter. He has produced and written music for artists such as Jill Scott, Musiq Soulchild, Jazmine Sullivan, Justin Timberlake, Phony Ppl, Meg Thee Stallion, Chrisette Michele, Keyshia Cole, 2 Pac, Chris Brown, Mario, Mary J. Blige, Estelle, Raheem Devaughn, Ledisi, Jaheim, Faith Evans, Freeway, Ace Hood, Rick Ross and many others. Ivan is the former president of the Philadelphia Chapter of the Recording Academy (’12-’15), and also served on the Academy’s Board of Trustees (’15-’20) and currently serves as the Co-Chair of the Producers & Engineers Wing. Currently, he serves on the board of the Artist Rights Alliance where he advocates for the rights of music creators. In 2011 he was selected as a Creative Ambassador for the city of Philadelphia as part of the city’s GPTMC program and is also an Ambassador for the Philadelphia 76ers community Basketball League La Liga del Barrio. In addition to Ivan's musical achievements he helped establish a non-profit educational initiative called D.A.S.H. (Destined to Achieve Successful Heights) to teach high school students music production and songwriting in a partnership with Philadelphia School District. Ivan believes it is critical to give back by to the next generation of music creators and future executives by getting involved in their lives and playing a part in their development.