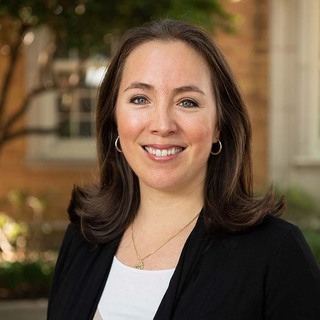 Fabiana Claure helps musicians create empowering careers. As a multifaceted concert pianist, educator, entrepreneur, business coach for musicians, and administrator, she has a diverse musical career and successful business experience. Her international background - having lived in the US, Bolivia, and Cuba - has allowed her to gain an empowering and global perspective towards music and entrepreneurship education. Fabiana coaches musicians all around the world, through her Musician Entrepreneur Business Coaching Program. She is the Founder and Director of the Music Business and Entrepreneurship program at the University of North Texas, where she is spearheading a major initiative designed to equip young musicians with key music business and entrepreneurship skills to support 21st century artistic careers. In this role, Fabiana has designed a new curriculum and founded several experiential learning programs. As a result of these initiatives, her students have gone on to raise start-up funds and create successful music businesses while in school. Under Fabiana's leadership, the UNT College of Music earned national recognition being ranked among the Top 15 Music Business Schools in 2017, 2018, and 2019, by Billboard magazine. Fabiana’s interest in music entrepreneurship, interdisciplinary collaborations, and women’s studies, led her to create a multimedia lecture-recital entitled "Entrepreneurial Women Concert Pianists" which was awarded a UNT IAA Fellowship, and was selected to be featured at the 2019 National Conference of the College Music Society. Fabiana is also the Co-Founder and Executive Director of Superior Academy of Music (SAM) in Miami, FL. Her academy has been featured twice on national television (PBS). SAM’s students have won full-tuition university scholarships, local and state certificates of excellence, and have been selected to perform at Carnegie Hall. As a pianist, Fabiana has pursued her career nationally and internationally, performing extensively in the US, Bolivia, Cuba, and Spain. Her CD, "Fabiana Claure, Debut Album" features a wide-ranging selection of piano repertoire from Bach to Cuban music. As a music entrepreneurship thought leader, Fabiana has been featured as a speaker in several national and international conferences and Universities. Her article "Learning Music Entrepreneurship by Doing: How to Create Experiential Learning Opportunities in an Academic Setting" was published by the Music and Entertainment Industry Educators Association. She has been featured in numerous media outlets including television, radio, podcast, newspapers, blogs, and magazines. Fabiana holds a Doctor of Musical Arts in Piano Performance degree with cognates in Music Business and Entertainment Industries from the University of Miami.