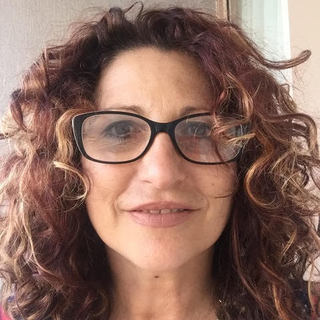 Chrissie started her career in the music industry in 1981 at Festival Records in Sydney. With over 39 years experience in the music and entertainment industry, Chrissie has worked with some of the biggest names in music—both in Australia and internationally (based in Los Angeles for 5 years at Virgin Records Worldwide)—including the Rolling Stones, Lenny Kravitz, David Bowie, Sex Pistols, Smashing Pumpkins, Rod Stewart, and Australian artists and bands such as The Living End, Pete Murray, Don Walker, Jeff Lang, Tim Rogers, Tex Perkins —the list is endless. Over the years, Chrissie has worked in various capacities including publicity, artist management, TV production, record promotion, radio promotion and music television at MTV in Australia and the US. In 1999 she took the opportunity to branch out on her own as an independent publicist establishing Chrissie Vincent Publicity & Management. Over the past 17 years, Chrissie has worked on successful publicity campaigns for events such as Falls Festival, St Kilda Festival, St Kilda Film Festival, Pyramid Rock Festival, Boogie Festival, the Australasian Worldwide Music Expo and CD, and National Tour Campaigns for both local and international touring artists. In January 2015, Chrissie accepted the position of Head of Entertainment Management at Collarts (Australian College of the Arts) where she is overseeing the Bachelor of Applied Business degree in Entertainment Management. In November 2017, Chrissie was the first person to complete and be awarded a Masters Degree in International Music Business and submitted her thesis on Local content quotas on Australian commercial radio. In November 2018, Chrissie presented her recommendations for change with regard to Local Content on Commercial radio to the Federal Parliament at the inquiry into the Australian Music Business. In April 2019, the Parliamentary Inquiry findings were released, using 3 of Chrissie’s key recommendations for change within the commercial radio/local content area. She has presented her research at several local and international conferences in 2019, is passionate about the industry and continues to push for changes to guarantee the music business is sustainable into the future. In late 2019, Chrissie started FM/AM - Feature More Australian Music campaign to help bring awareness of the issue to the broader public with the support of many musicians and industry professionals including Michael Chugg, Pete Murray, Kram and many more.